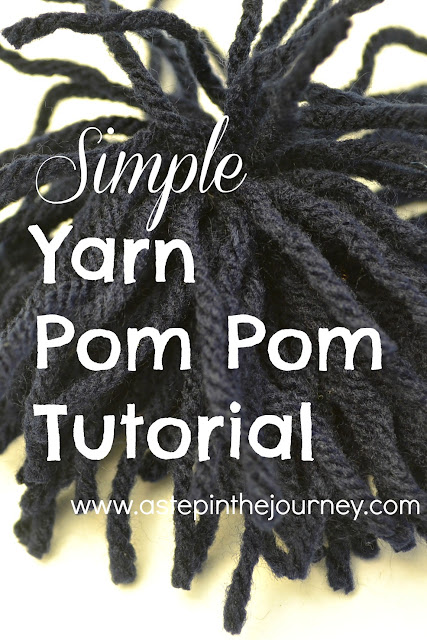 This weekend I needed a quick fix to add to our tailgating decor. We already had set this table up with a few fun crafted items, but I wanted to spread around the blue & orange love. 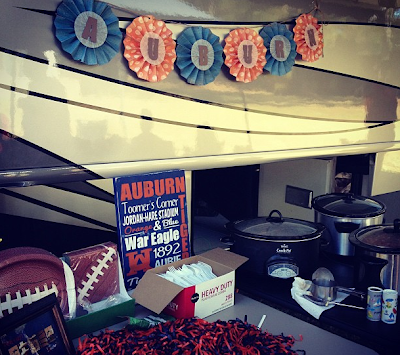 I had thrown several crafting supplies in a bag as we raced out the door to go “rv-ing” and so I had to work with what I had on hand. In my efforts to create a pom pom banner…this is what I came up with:

I will attemp to give step by step instructions…but let’s face it :o) a picture can tell 1,000 words. 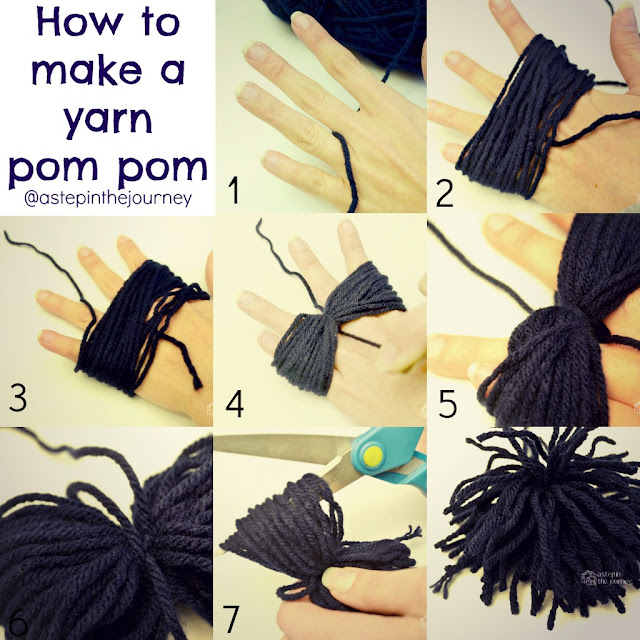 1. Run the end of the yarn between your middle and end finger…leave about 6 inches loose.

2. Wrap. Wrap. Wrap. around all 4 of your fingers. I think I did about 30 loops for my floppy pom pom…basically the more round you make, the thicker your pom pom will be!

4. Now it’s time to tie. I first wrapped each of my loose ends of the string around the entire bundle of thread. Actually, I think I did this twice to make it extra secure.

5. Now pull tight so the yearn begins to bunch in like a bow.

7. Finally slide your scissors through the bunny ears on each side and cut through the center of the loop. 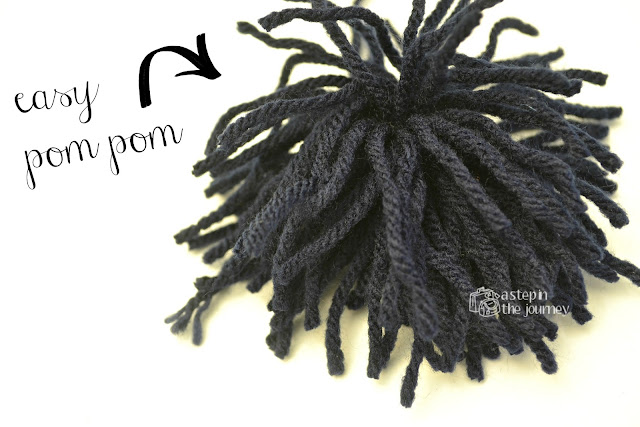 And there you have it….the easiest tutorial ever, but it yields a fabulous result. Use the two loose string ends to attach the pom pom to a longer piece of yarn if you are creating a banner. Here is how mine turned out 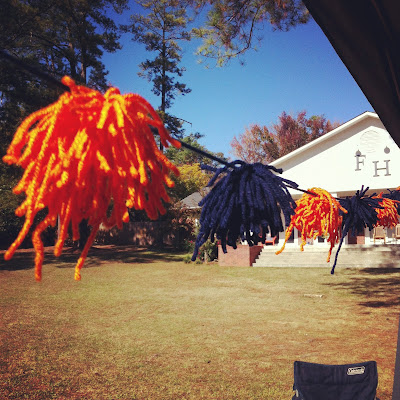 Here are a few fun pom pom ideas I found floating around the internet. Be inspired! 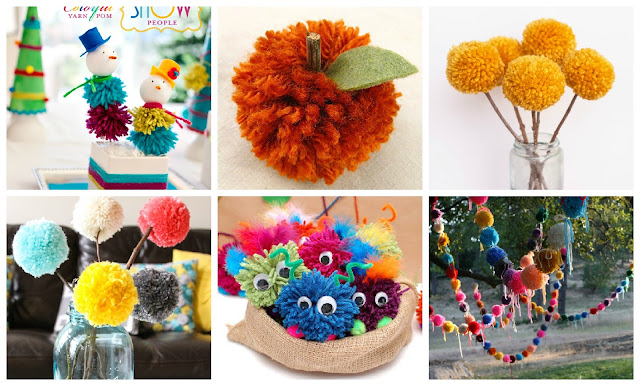