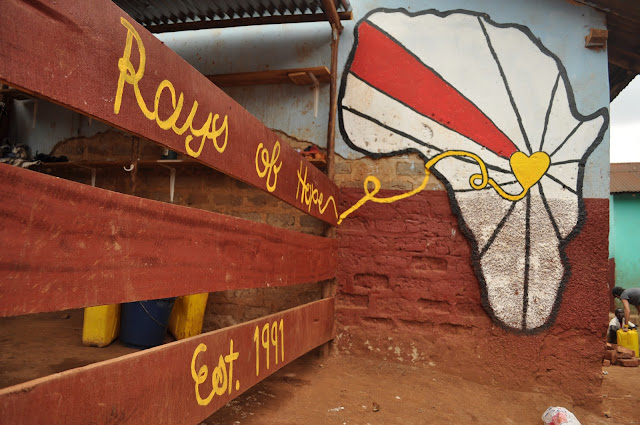 I met my 24 new students today! We begin another year in 3rd grade on Monday and it’s been good being back at school. I’ve caught up with friends, written names on desks, rearranged my room 20 times, and stood in awe of ALL we have at the school I teach. It is more than one could ever hope for, & I am so grateful.

However, while my mind has been going through all of the tasks & to do’s, a part of my heart has been in Kabalagala, Uganda and kids of Rays of Hope.

You see, this is their school. 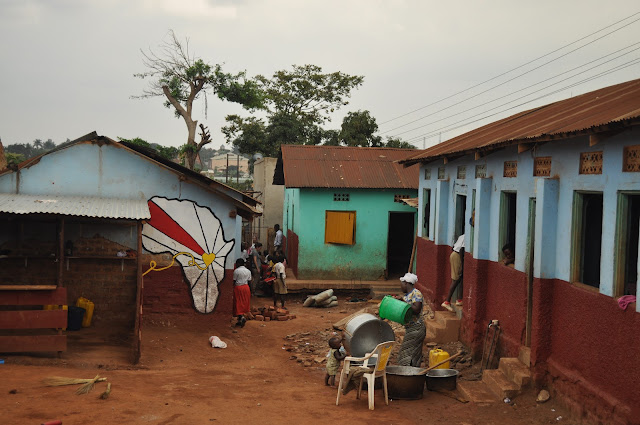 It’s a far cry from where I spend my days in the middle of upper class suburbia.
And while at first glance it seems very different, with closer inspection you can find some startling similarities.

When we arrived at Rays of Hope on a Tuesday morning the kids were already there settled on their wooden benches listening to their teachers. I, however, was still digesting all I had just seen during my walk to their front gate. Digesting because Rays of Hope is in the middle of the slums of Kabalagala. 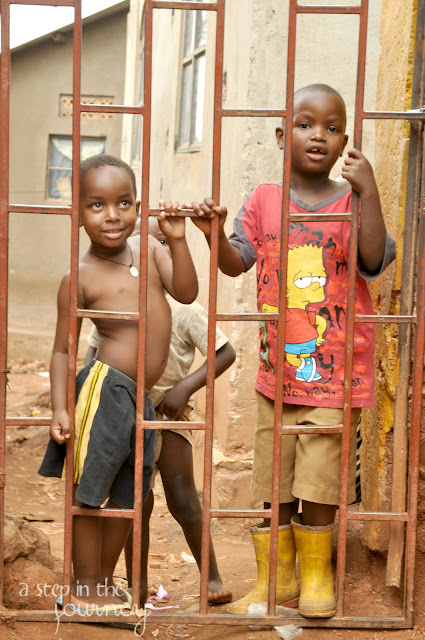 We had just passed homes consisting of only 4 concrete walls and a makeshift roof, it’s residents washing their clothes in what appeared to be dirty water, children running around without shoes and yelling “Mzungu” (white person) as we passed, and vendors selling a variety of foods and products.

I was overwhelmed to say the least, but knew God had me here in this moment for a purpose. 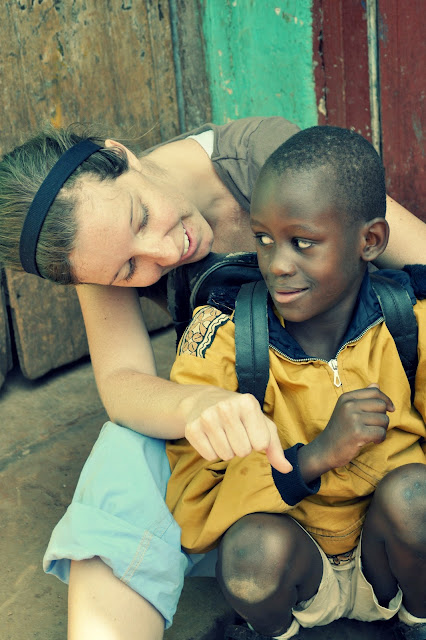 So while the scenery was very different one thing that quickly came into focus was how similar the students are to the ones I teach everyday. Many had an excitement for learning that was unmatched. And then of course, some were interested in MUCH more than what the teacher was writing on the blackboard. 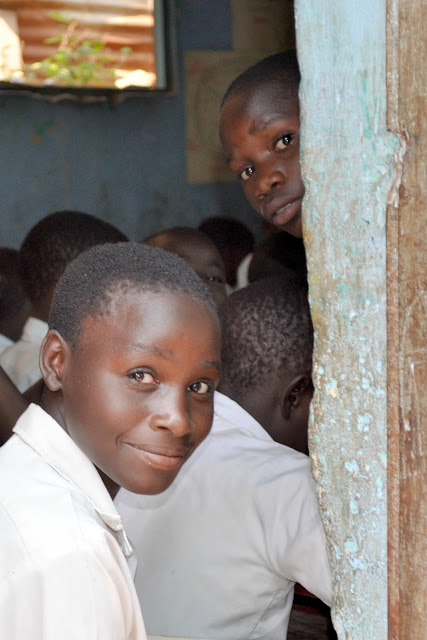 Mary Jane and I had the opportunity to serve them their morning meal. Over 300 children lined up with their cup in hand for porridge and a roll. The smallest children came first, and each child showed their appreciation as we poured the white liquid substance into their cup and handed them a small roll. While I was filled with joy at the opportunity to feed them a simple meal my heart was breaking for their reality. The reality that for most of these children, the only meals they eat come from inside these gates. That while I have the luxury of not ever knowing what it truly means to be starving, they take in each bite knowing that this sustenance brings life. 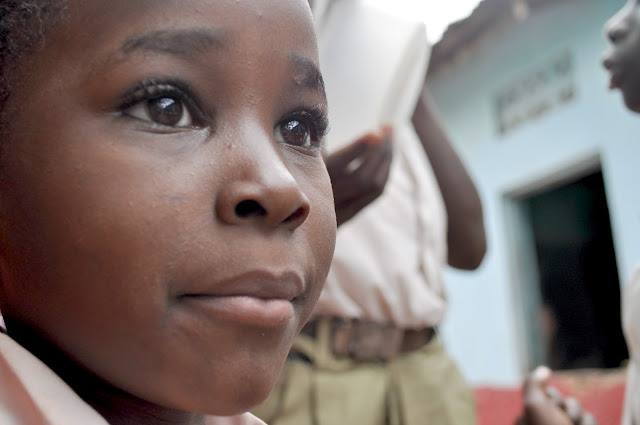 When the children were in class the guys broke up the floor in an empty classroom. It was HARD WORK. They were TRULY the hands of God that day. III will tell you more in his blogpost next week.

We (the girls) were crammed into a tiny room updating registration cards for the students. And while at first this seemed like a mindless, mundane task, I quickly found out it was anything but. I repeatedly checked the same box on each child’s form, time after time, struck by the truth of what it means to be an orphan. I’m not sure why it hadn’t hit me until this moment, but as I checked another box YES to the question “Are both parents dead?” my heart broke for those outside the window, outside the gate, and all over the world. 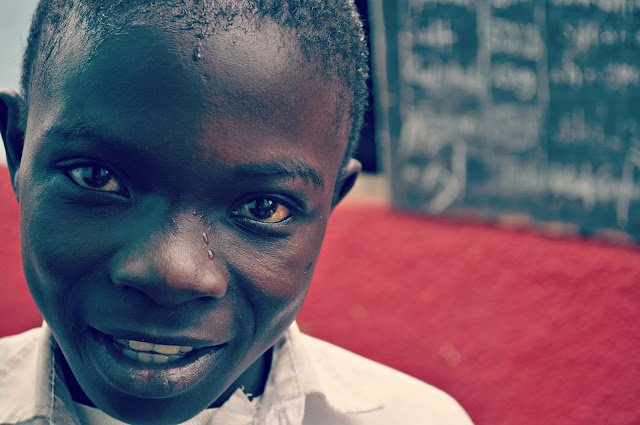 How could it be that these same children who just greeted me with BIG white smiles and played with what seemed to not be a care in the world went home to someone who was not their parents? In most cases I pray someone else that loves them but still, not the ones who gave them life. I struggled with this truth until all of a sudden I realized where the smiles came from. These children are filled with the love of a father, their heavenly Father. They live putting their trust in him for their protection and to sustain them, and He has provided.

Rays of Hope is run by an amazing man of faith, Joel Saka. His mother started the school over 20 years ago but Joel has since taken the reigns. Joel & his mother are giving these children such an amazing gift. They are giving them a chance to make a difference. To stop the cycle of poverty, to gain an education and a chance at a better life. And the Lord is moving in this place. It was an honor to be a part of it, and will forever change my perspective as a teacher and the way I love my students. 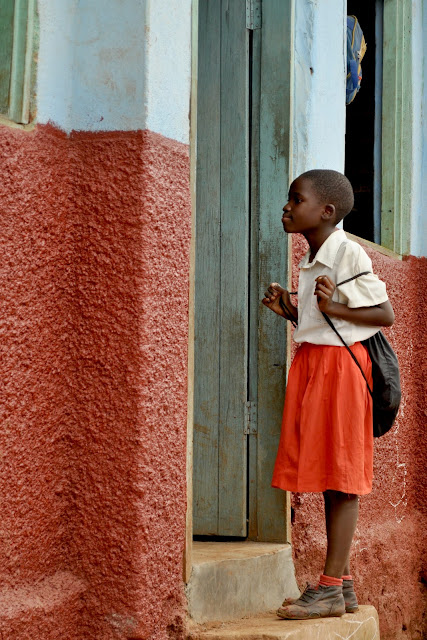 While at Rays of Hope III and I met two children we hope to sponsor. This is George. 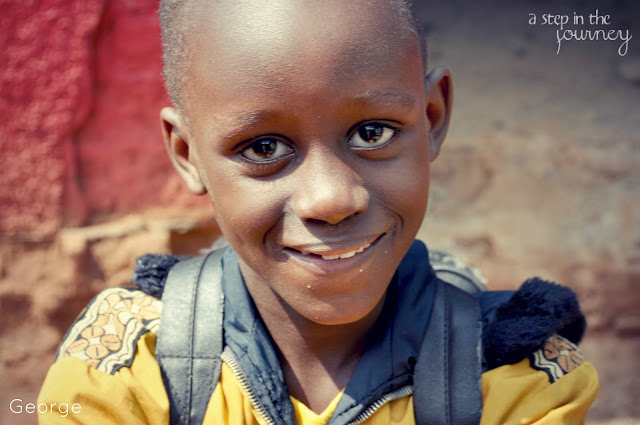 George can’t hear or speak, but he comes to Rays of Hope everyday to sit in the classroom, receive a good meal, and share that beautiful smile. I was drawn to him the moment I met him. Seriously, how could you not be :o) While I time together was only a few moments he will forever be in my heart. We are praying right now for opportunities for George to learn to communicate, probably through sign language. However, the resources & know how is hard to find in Uganda. I would love for you to join us. 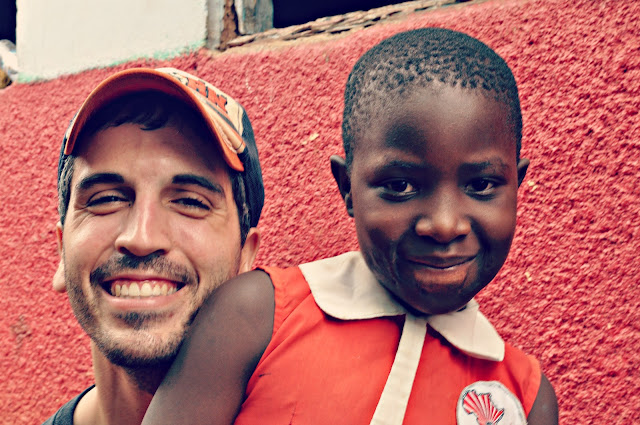 This is Tracy (& III). We pulled her out of class to say hello. She was a little shy at first, but soon began telling us her favorite subject and what she was learning. Her chin is covered with burns, and no one knows how they go there. I pray it is no longer painful. Don’t you see the joy in those beautiful eyes. That can only be put there by the Father. We gave Tracy lots of hugs & told her we can’t wait to learn more about her. When the kids left school later that afternoon she came back up to me & in the midst of a big hug asked if I would see her tomorrow. My heart broke because I knew my answer would be no, but rejoiced in the promise of a reunion on the streets of gold if not again in this life.