As many of you may know the first anniversary gift is supposed to be paper…
I thought through several ideas, from magazines to certificates…even thought about making a monopoly board featuring all the places we’d been as properties (a friend did this & it turned out great!).
In the end however, I kept coming back to a map; III loves maps, so I knew it would be perfect.
With inspiration from My Life and Kids & Thirty Handmade Days
I came up with this:
{Now available in my ETSY shop! Click Here} 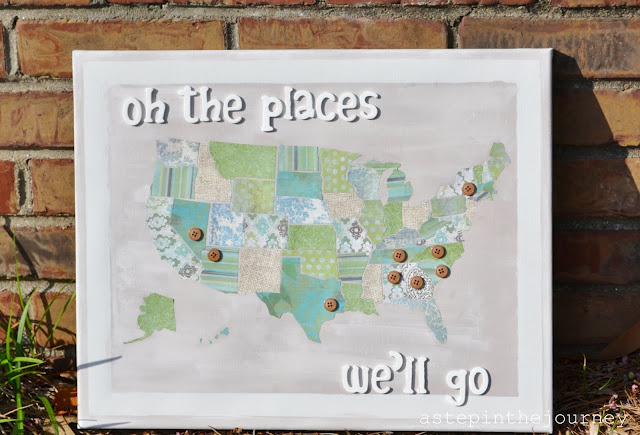 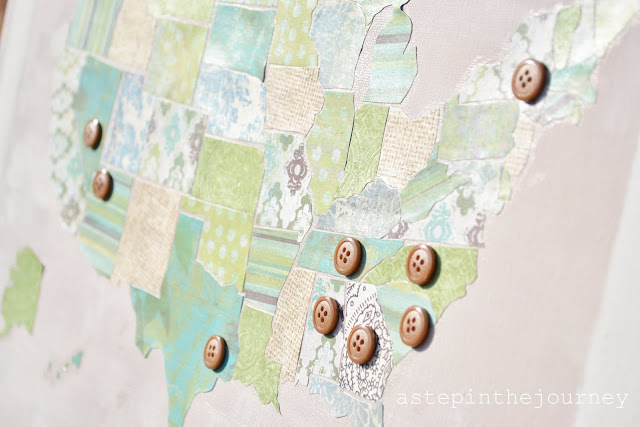 It’s a gift that will keep on giving, as we expand our vacationing destinations though the next 60+ years of marriage.
The buttons mark all of the places we have been together…I’d considered a world map, but we’ve only been to Mexico as a twosome & so I thought most of the map would look pretty boring :)
Here is the breakdown!
After cutting apart a US map, I traced all of the individual states on different scraps of patterned paper. 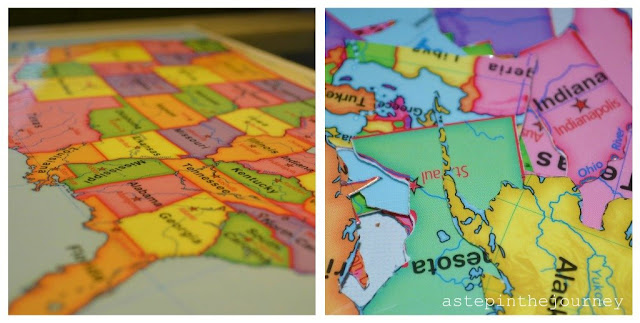 Make sure & write the name of the state on the back of each piece (in a way that shows which side is the top), as this will make putting the puzzle back together a little bit easier! I also laid it out as I cut, to make sure the pieces were fitting. 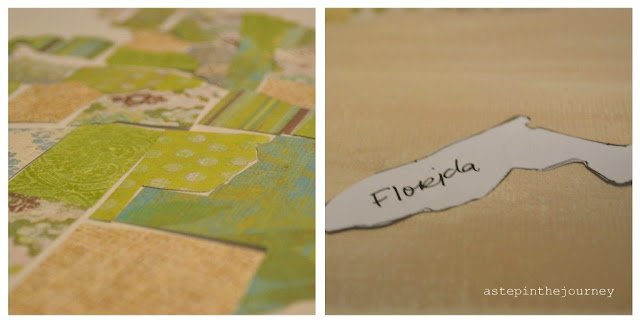 On a 16 x 20 canvas I outlined a border with painters tape & mixed some white & brown paint to give me a soft taupe. Then I whitewashed it a little. Paint. Remove tape.
Using Modge Podge I adhered the states to the canvas. I started with the middle states (Texas & up) to try & center the map on the canvas. 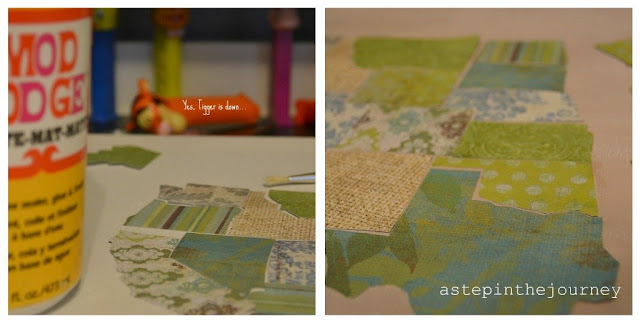 Finally, I covered the final map in another layer of Modge Podge. painted the wooded letters, & attached them with Tacky glue. The same for the buttons…

And that is all she wrote! 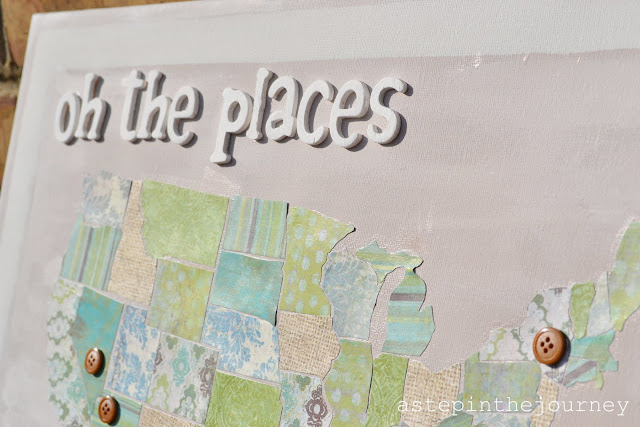 Frame or not to frame, that is the question…
I’ll make sure & update it’s final resting place!
{This map is now available (and ready to be customized) in my ETSY shop.}

Author: Laura Beth
Filed Under: Uncategorized
Celebrating 365
Want some Hazelnut Goodness With That?