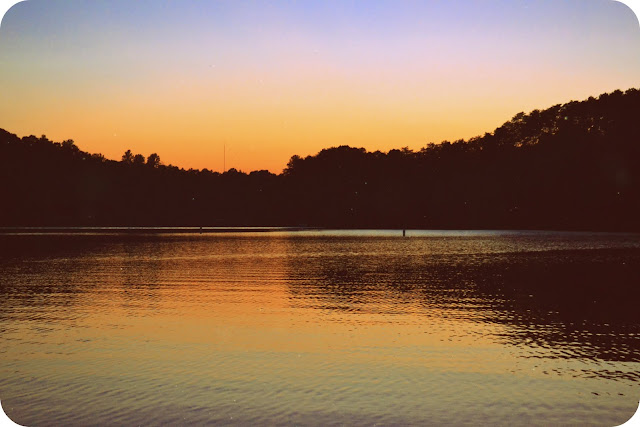 Has a week gone by already? It seems like we were just loading up the car and heading out of town to spend a weekend in the sun.

My family has a lake house on a small lake in Alabama, & we’ve made it our mission to visit it more often this summer. Although last summer we had a good excuse for a lake hiatus (with the wedding & all), we still missed the early morning peacefulness, fun in the sun, grill outs, & evening sunsets. I think some of my favorite family memories were made at the lake.

Another reason we were looking forward to this particular lake adventure is because we now had MAX in toe. We tried to prepare him for the fun that we anticipated him having, but he just didn’t seem to understand. 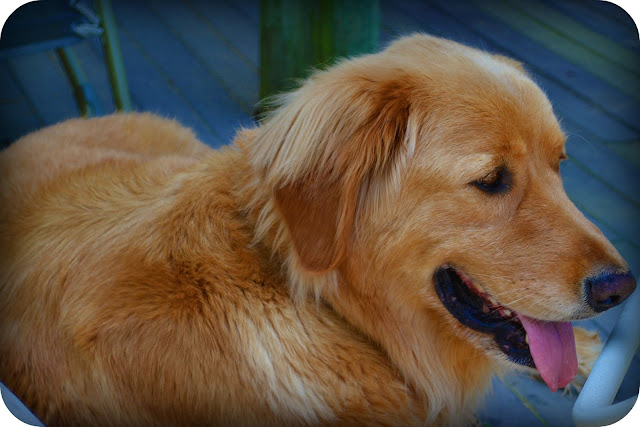 So off we went. The weekend started off like most, with family arriving, putting in the jet skis & boat for the first rides of the summer season, and lathering up with sunscreen.

III’s sister, husband, & our nephew joined us as well. Little man is almost ONE and is tottering all over the place. He is just as cute as can be & the BEST nephew in the world (although, I’m a little partial). 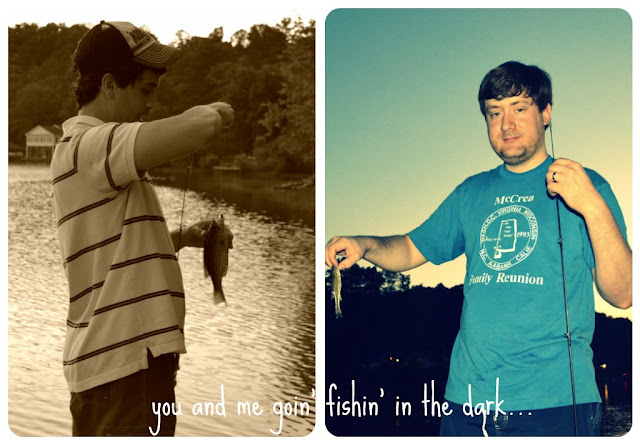 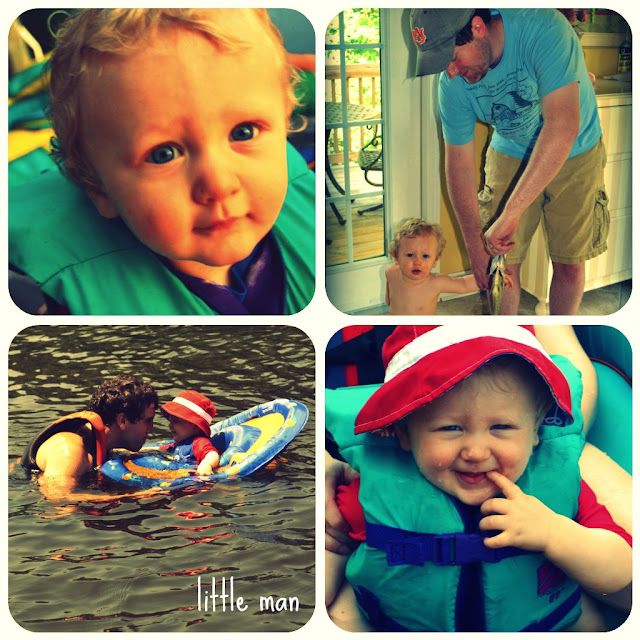 MAX was hesitant at first, 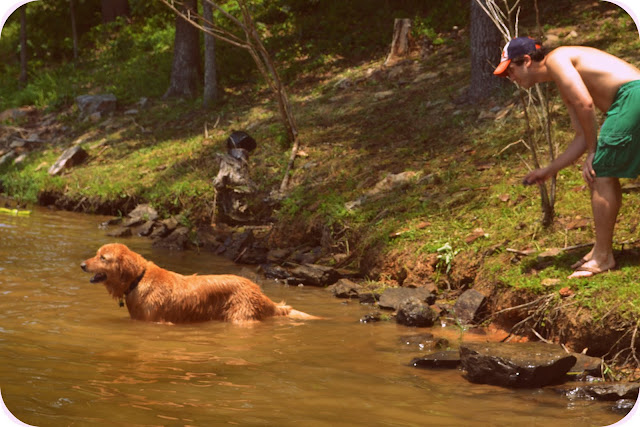 but after watching my aunt & uncle’s Goldens he seemed to catch on and awkwardly “retrieved” the toys floating beyond the shoreline. 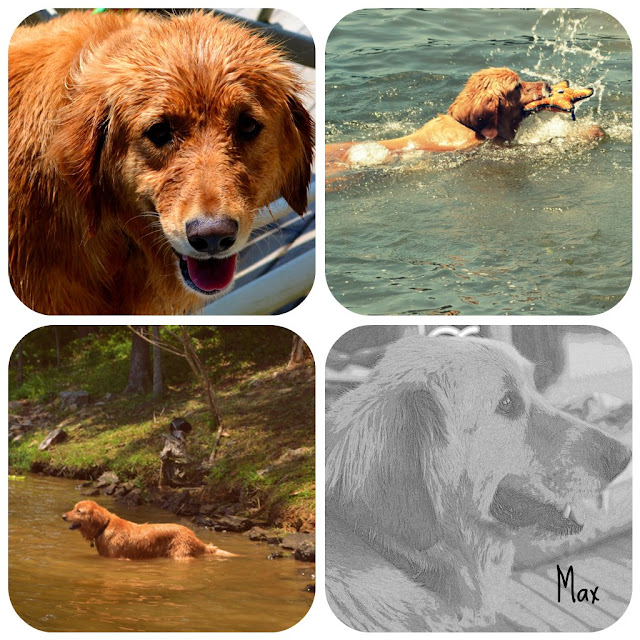 That was until, Bristol & MAX had their heart set on the same toy. Unfortunately, when they arrived at the same time neither was willing to let the other one have it. You would have thought it was a KONG filled with peanut butter leading to hours of enjoyment. After wrestling for a few seconds Bristol had the upper hand and Max went under….after a few moments, which felt like hours, he didn’t come up. Jack, my uncle, and III dove in. Not being able to see beneath the surface of the lake added an extra weight to my worry. After about 30 seconds Jack & III reached MAX and were able to get him out from under Bristol, & he slowly swam to shore. I have to say I’d never seen a dog in SHOCK until that day. MAX stood on the shore, sopping wet, and as still as a statue. I ran over to assure him that all would be okay, but it didn’t seem to be doing the trick. Bristol apologized profusely, and MAX understood it was all in the heat of the moment.

After coming back to reality, MAX spent the rest of his time at the shore, and barked incessantly as if to warn the other dogs of the trauma that awaited each dive into the “deep dark lake.” 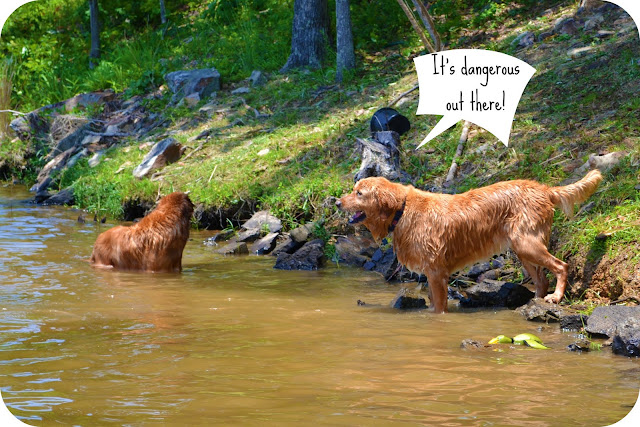 For the next few days Max didn’t really seem to be himself. It’s funny how dogs have personalities, and the ability to “not be themselves.” I took him into the vet and found out the reason he’d been down in the dumps. It was not as we had suspected, a doggy whose pride had been hurt after nearly being taken down by a girl…but instead a concoction of ailments. Poor puppy, Max has an ear infection, conjunctivitis in one eye, a cut on his paw, and two hot spots on either side of his head. We left the vet a couple Benjamins lighter, but with a large supply of dog antibiotics! I’m happy to report, Max is on the mend.

Here’s to hoping our next lake adventure leaves us with a happier dog!

Oh, and for the record, I was on this trip…just apparently stayed behind the camera…