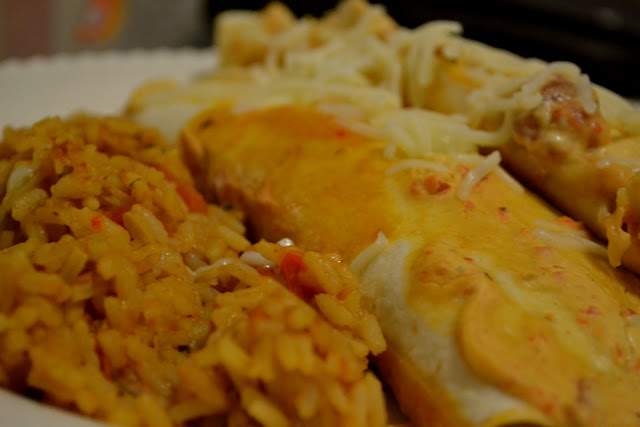 I have to admit, this month’s Cookbook Challenge kind of crept up on me. And I’m a little unsure about if this cooking task falls into the assignment. Call me a rebel or what you may, but I didn’t use a cookbook recipe. Cue, the dramatic gasp! I hope I don’t get kicked out. But this is what was looming in my refrigerator…and I had to do something about it. 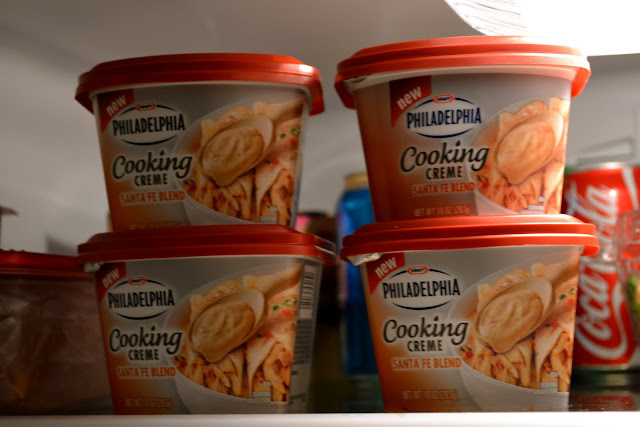 So, as most of you know, I’m wrapped up in couponing. Well, last week at Kroger, the Philadelphia Cooking Creme was part of the “March Maddness” deal, and on sale for $1.99. Although, it was not originally on my list of 10, I saw a $1.50 coupon, and figured for only 49 cents, it was worth a try.

Little did I know the Philadephia folks at Kraft were conspiring their own plan, because a mere 2 days later they were giving this stuff out in packs of 3 for FREE to anyone who happened to be walking into Kroger & seemed willing to take their offer. How can you turn down free?

That’s my story and I’m sticking to it.

For the Cookbook Challenge this month, in efforts to rid some cooking cream from my shelf, I prepared the Easy Chicken Enchiladas recipe on the back of the container.

Here are the ingredients & recipe… 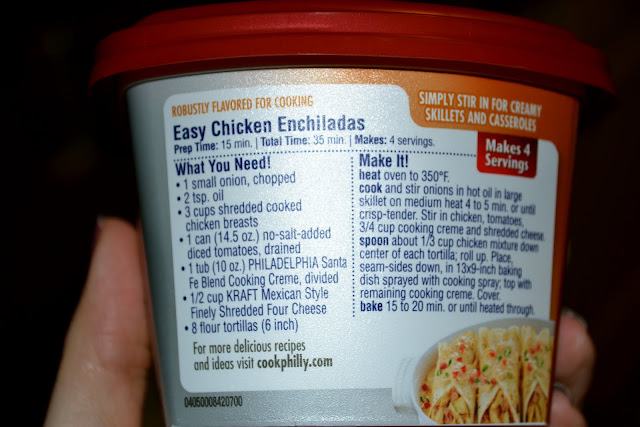 And in honor of baseball’s opening day, the play by play: 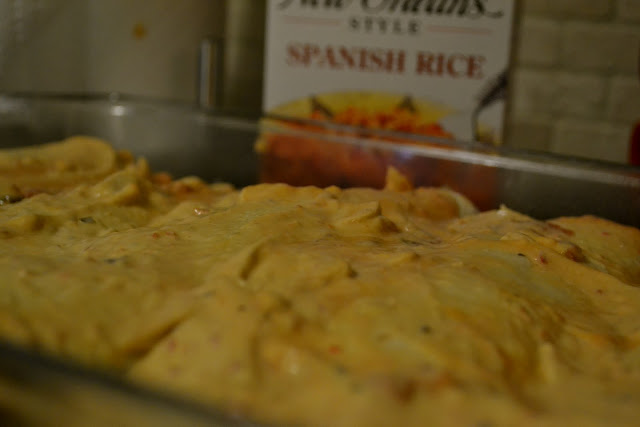 I would say this recipe was a home run! 5 tortillas were PLENTY for the two of us! The Philadelphia Santa Fe cooking creme has a little bit of a kick, but for those who like it extra HOT (like III) you could add some hot sauce. I sided the dish with Spanish rice, and everything came together nicely!

If you’ve made it through my corniness, I thank you! Go BRAVES!