We began our trek late Saturday morning (after the ice began to melt again) to meet my mom on the Alabama line. She & my brother were bringing us our new addition.

As I’ve mentioned before we are rescuing a sweet Golden Retriever from Birmingham. He is 2.5ish, and roughly 85 pounds. I’m not sure anyone can truly understand how large 85 dog pounds is until you see it standing in front of you, eying you to take him home. So let me clarify, it’s BIG! However, meeting him for the first time, we fell in Love.As we headed home, Max was a little anxious, but this being his 4th home in a month, we understood. We reassured him all the way, & when we finally arrived he, cautiously, entered the front door. And he was HOME!

Now I wouldn’t be telling the whole truth UNLESS I mention our first setback…putting him in a crate. Max is NOT feeling the crate training. During the first day home he wondered partly into the crate to find the treats and toys we had hidden inside. However, he was too smart to go all the way in, always keeping his hind legs on outer ground. So when nightfall came we had to give him a little push before we could close the door. Sadness. He looked up with those sweet caramel eyes, that now looked as if we had broken his heart. BUT we were going to stand firm. We hung out downstairs with him to assure him we weren’t going anywhere. And he did pretty good for the first 20 min., so we went off to bed. We were awoken with a wolf like howl about an hour later. I’m not sure I’ve ever jumped up so quick! Not wanting to leave him again to wake the neighborhood, we slept on the couch & loveseat, to show him we were still there. However, that did not seem to stop the 6 hours of off & on whining. 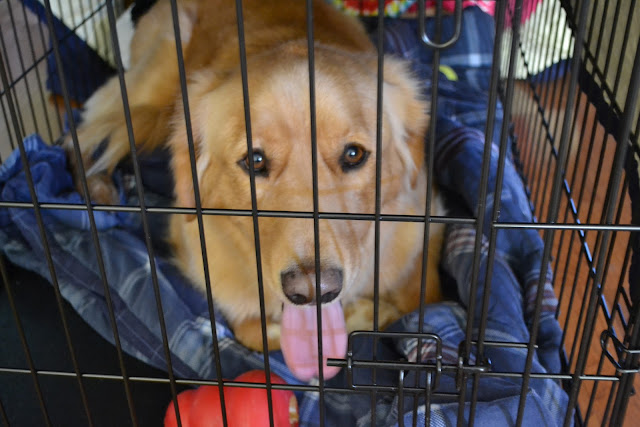 So for night two, we tried a different tatic. We brought his bed up to our room, and had him sleep near the bed. Max didn’t release a peep for 8 hours. Although, it shows our weakness, and Max’s victory, I think we have a new sleeping plan!

I think the funniest thing yet, was when he attacked the water bowl. The painted dog bone in the bottom was tricky business, and Max tried his hardest to get it out!! Put forth quite the effort, to no avail. III’s favorite is when uses his nose to pick up your hand, urging you to pet him a little longer :)

All in all Max has been great, & we are already head over heels for him! Check out some of our adventures below. 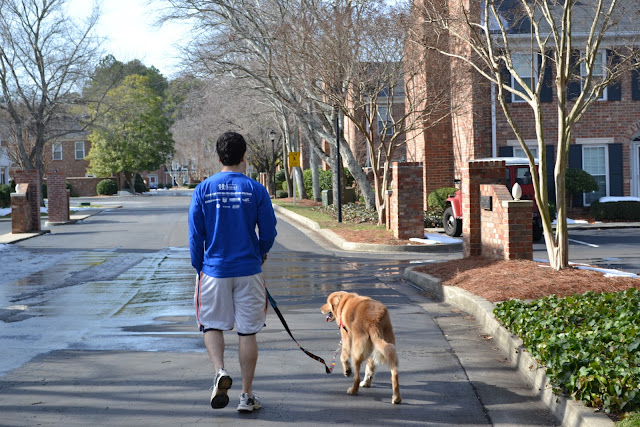 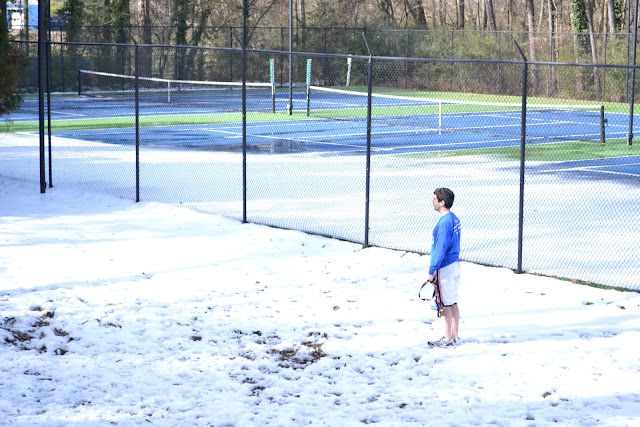 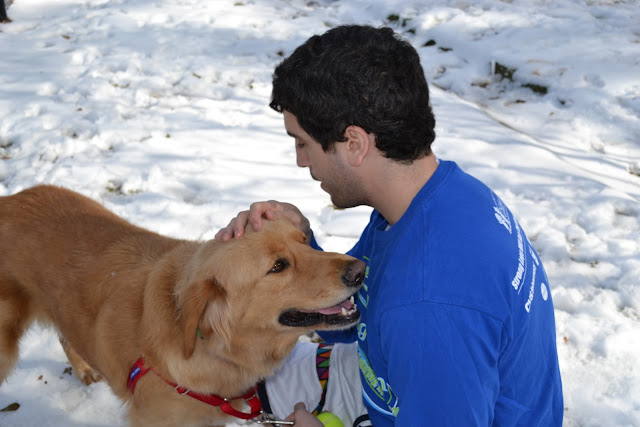 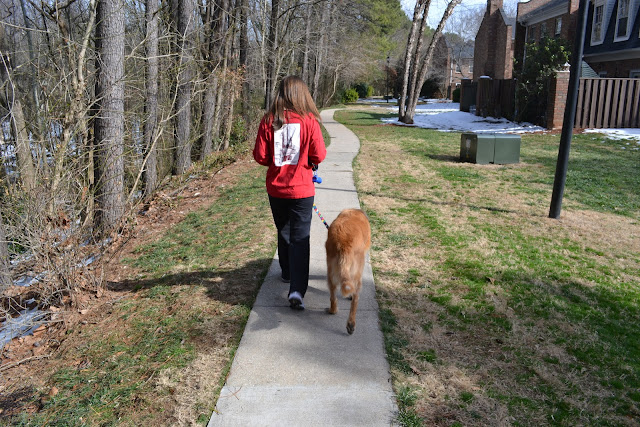 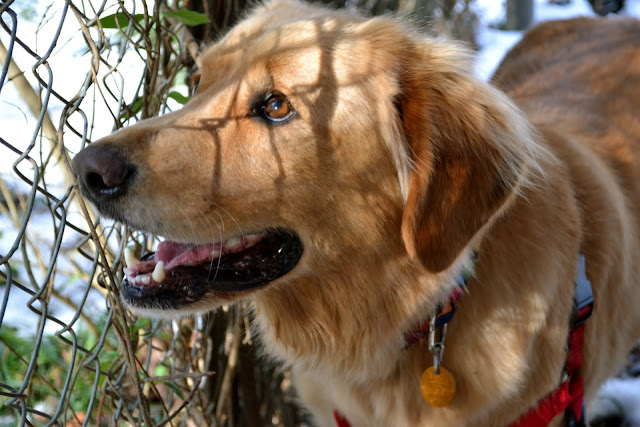 We are looking forward to lot’s of memories with our BIG canine!